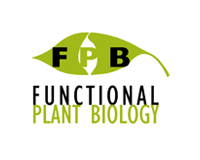 As the world population is projected to reach 9.6 billion in 2050, and is likely to surpass 11 billion in 2100, food security is a major challenge for mankind in this century. In addition, climate extremes resulting from global change can reduce crop yields by 20 to 40%. As extreme weather events such as floods and droughts often hit underdeveloped regions, climate change particularly threatens food security for the poorest and most vulnerable populations on earth. Nutritional security poses an additional considerable challenge. While the number of undernourished people have for the first time in 25 years decreased to below 800 million, micronutrient malnutrition, the so-called "hidden hunger" caused by a lack of vitamins and minerals, is still affecting half the world population.

At the Laboratory of Functional Plant Biology, sustainable and nutritious plant production is a central theme. Research is conducted towards a triple goal:

1) Understanding plant growth in both normal and adverse conditions;

2) developing tools for plant health monitoring allowing the fine-tuning of stress control; and